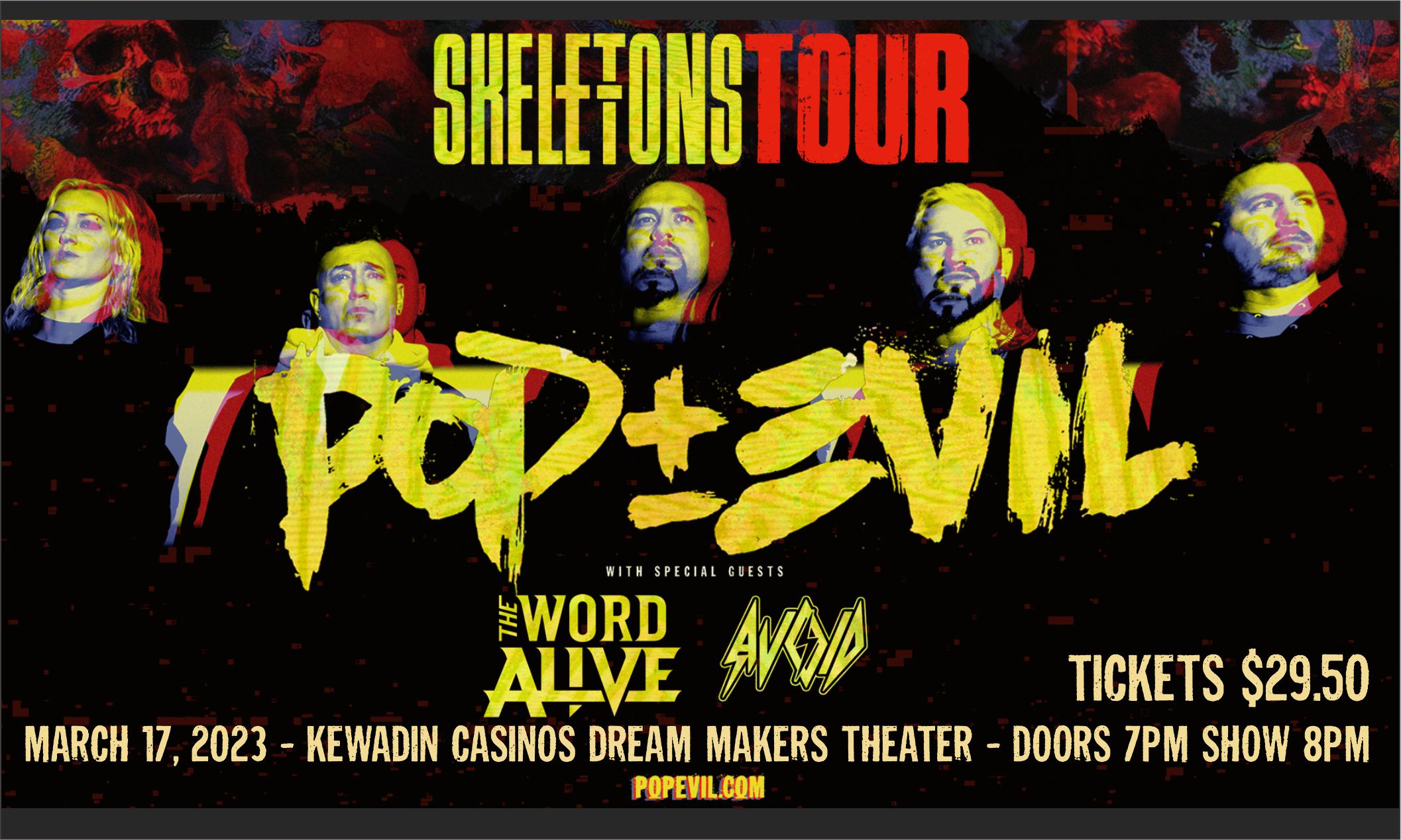 POP EVIL is the bridge between life-affirming hard rock hit-making and the burgeoning new frontier of genre-bending postmodern playlists. A crowd-pleasing band unafraid to embrace the heaviest and most melodic ends of the spectrum, with a seemingly endless stream of No. 1 hits veering between fist-pumping anthems and timeless power ballads. POP EVIL delivers their most ambitious rebirth yet with a jaw-dropping sixth album.

“Let the Chaos Reign” and “Work” arrive as a twin assault of invigorating ready-made hits for 2020, from an album filled to the brim with a dozen tracks each worthy of a dedicated spotlight. “Let the Chaos Reign” is the heaviest single the band has ever dropped, a rousing fight song of self-determination and rising to meet any challenge with courage and strength. By contrast, “Work” puts its heavy guitars atop grooving rhythmic punch and EDM flourishes, as it champions the working-class heroes struggling to persevere across all industries today.

THE WORD ALIVE — Since 2008, THE WORD ALIVE have steadily maintained a course towards the forefront of alternative heavy music and have continued their upward trajectory ever since. The Phoenix-based quartet toss and turn between visceral power and entrancing emotionality encased in swathes of otherworldly electronics.

It’s a singular sound that has naturally evolved since their debut record, Deceiver, and continued through their most recently release of Violent Noise. They’ve earned acclaim from the likes of Alternative Press, Revolver, Guitar World and Modern Drummer and supported acts such as I Prevail, Killswitch Engage, A Day To Remember, Motionless In White, among others, and are known for their ability to ignite crowds across the globe.

AVOID — Evoking a nostalgia for the kind of music that seeps into your soul, the Seattle five-piece channel the musical legacy synonymous with their hometown while blissfully genre hopping to create something entirely new. Good times with a message of inclusivity, with a drive to bring passion, innovation and provocation back to heavy music and pull in the community around it, AVOID crackle with the energy of a young act ready to take the world by storm.