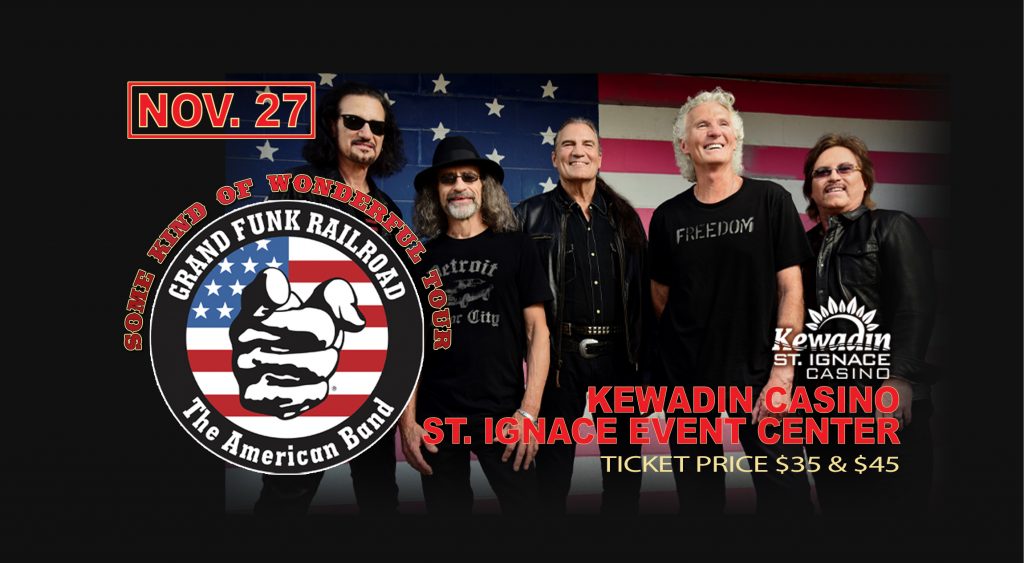 Originating from Flint, Michigan in 1969, this top selling American rock group of the 70’s is “COMIN’ TO YOUR TOWN TO HELP YOU PARTY IT DOWN”. Grand Funk Railroad is extremely excited to be back on stage touring in 2021 and celebrating more than 50 years of being an American band. After playing to millions of fans on the band’s tours from 1969 to 2019, Grand Funk’s SOME KIND OF WONDERFUL TOUR will continue to reach both new and long-time fans.

With hits like “We’re An American Band”, “The Loco-Motion”, and “Some Kind of Wonderful”, David Fricke, Rolling Stone Magazine, may have said it best, “You cannot talk about rock in the 1970s without talking about Grand Funk Railroad!”