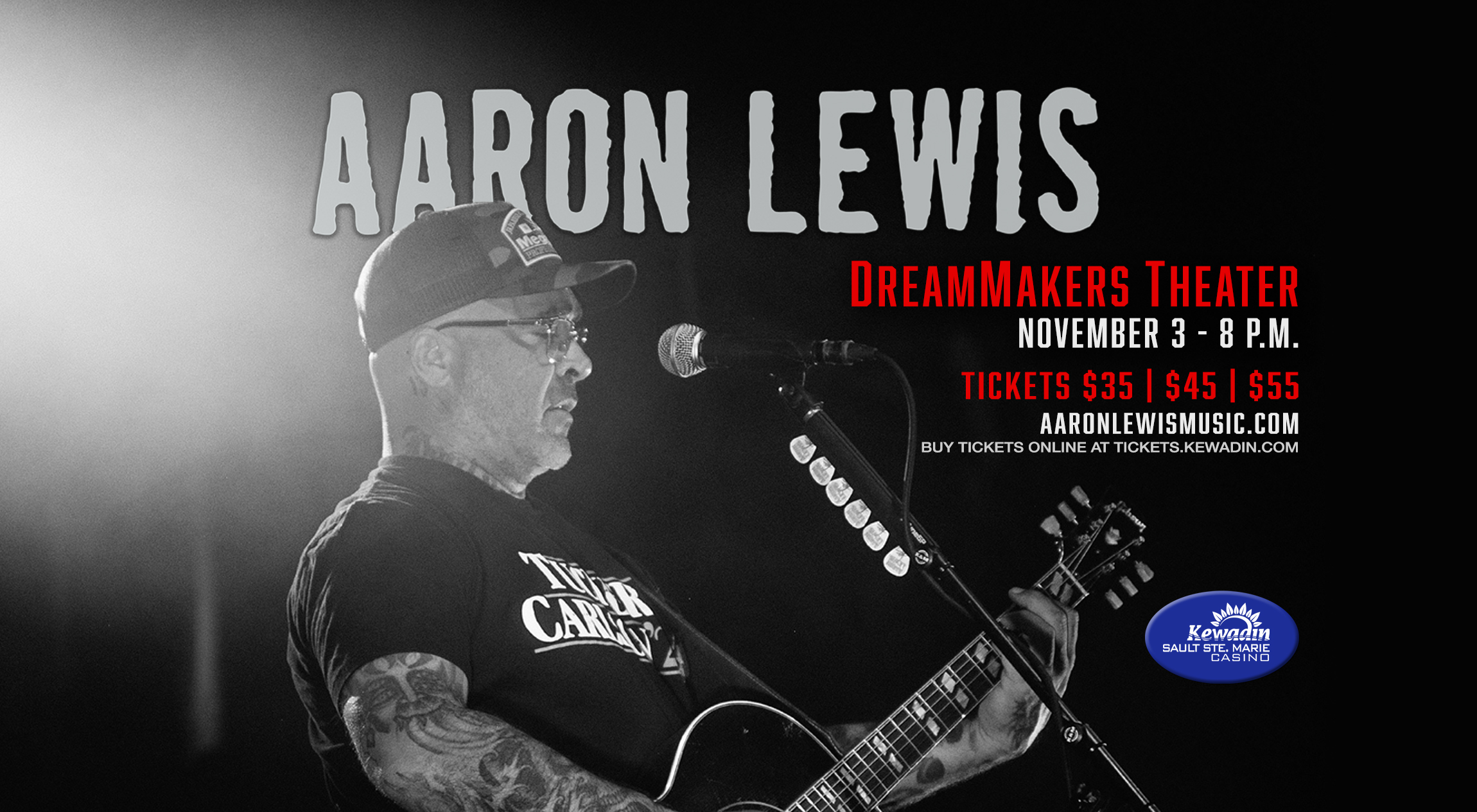 A limited number of tickets to see Aaron Lewis LIVE & Acoustic are available now at tickets.kewadin.com! All previously purchased tickets will be valid for the new date.

For over two decades, as both the chart topping front-man of Hard Rock heroes Staind and as a No. 1 artist on the Country charts as a solo artist, Aaron Lewis has always been painfully honest in his music.

Aaron Lewis emerged on to the country scene in 2011 with the release of his debut EP, Town Line, which featured the gold-selling single “Country Boy”.  Town Line reached #1 on the Billboard Country Albums Chart and received critical praise.

Aaron followed Town Line with two more successful Country albums, The Road and Sinner, before creating his most recent album State I’m In, the most vulnerable record of his incredible career.

Don’t miss your chance to see Aaron Lewis perform all of your favorites LIVE and Acoustic at the DreamMakers Theater on Thursday, November 3rd!