This event has passed.

Postponed: Aaron Lewis and the Stateliners 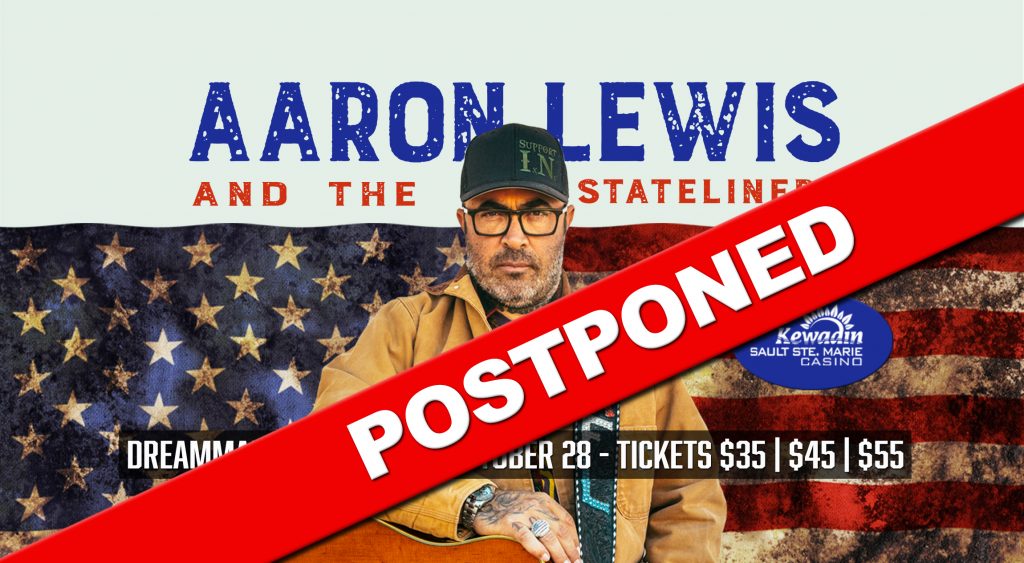 POSTPONED: *SOLD OUT* Aaron Lewis and the Stateliners

After meeting with Tribal health professionals, we have decided to postpone the SOLD OUT Aaron Lewis concert at Kewadin Casino Sault Ste Marie on October 28.

Watch here and in your email for updates when the new date is ready to be announced.  Your tickets to this SOLD OUT show will be valid for the new date, or refunds made available, once the new date has been announced.  For immediate questions, please email kewadinboxoffice@saulttribe.net.

We apologize for any inconvenience and look forward to seeing you all at the show in 2022.

Aaron Lewis emerged on to the country scene in 2011 with the release of his debut EP, Town Line, which featured the gold-selling single “Country Boy”. Town Line reached #1 on the Billboard Country Albums Chart and received critical praise. Aaron followed Town Line with two more successful Country albums, The Road and Sinner, before creating his most recent album State I’m In, the most vulnerable record of his incredible career.

Don’t miss your chance to see Aaron Lewis perform all of your favorites live at the DreamMakers Theater on October 28.